ANN ARBOR—As defense contractors throughout the Midwest lost work because of federal budget cuts, many were at a loss about what to do next, including Sean Hilbert, CEO of Cobra Aero, a rural manufacturer in Hillsdale, Michigan.

Hilbert, whose main business is making youth competition motorcycles, heard that the drone business was in dire need of a qualified engine manufacturer. He heard stories of expensive failures caused by poor quality engines, and that’s when Cobra Aero started work on supplying high-powered hybrid drone engines to an independent firm working with a department within the U.S. Navy.

In late 2017, he connected with the Economic Growth Institute at the University of Michigan. Through a program that helps defense suppliers pivot to new product lines or services, he was able to get a match to the $83,000 he was able to put into the research and development for the new engine, for a total of $165,000. 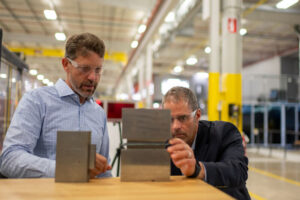 “The help they gave us accelerated things dramatically. It gave us the funds to design the next-generation aero engine,” he said. It’s made of 3D-printed metal made in an additive manufacturing process, meaning the metal is added one layer at a time instead of starting with a block of metal and cutting it away.

The Defense Manufacturing Assistance Program worked directly with defense companies to identify ways to strengthen and diversify their business to ensure the long-term vitality of the defense supply chain.

Hilbert said Cobra had been doing rolling layoffs to keep the business afloat during the height of the economic downturn. Now, his employee count is 36, up from 26, and the company plans to deliver its first alpha prototypes next year. 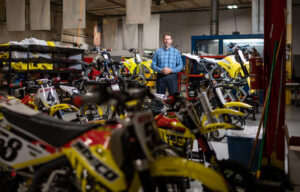 “The first interest was the Navy, but we have interest from everybody from defense contractors to unmanned submarine makers,” Hilbert said. “Whether it’s in the water, on the land or in the air, we have tremendous interest in this platform.”

“It was estimated that 50% or more of the defense supply chain was at risk. This impact was also felt in the communities where military suppliers reside, leading to job losses, erosion of technical capabilities and community hardship.”

Another company helped by the program was Patriot Solutions, a Grand Rapids-based veteran-owned firm that helps small businesses bid for government contracts. It was started by Jon Tellier, a retired lieutenant colonel in the U.S. Army, and Chad Boersma, a Marine.

They founded the company in 2008 and found out about the Defense Manufacturing Assistance Program as a service provider. Their work helped another manufacturer land a contract before they needed the program’s matching grant to help update their website. 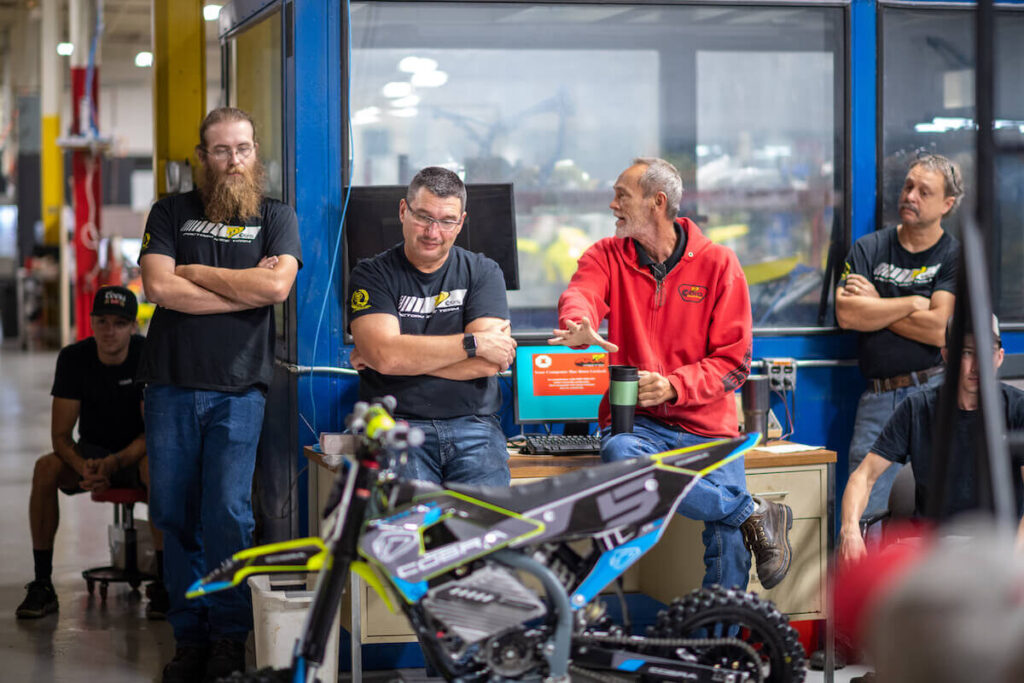 “We happened to be on both sides of the program,” Jon Tellier said. “I think it’s a great program to help companies, and it’s a cost share. It’s enough support to get people over the hump.” 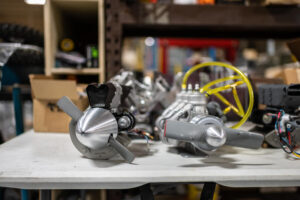 The website redesign, completed last summer, has helped Patriot Solutions boost its credibility within the defense industry. As a result, the company has drawn more traffic to its website and strengthened its supply chain.

“We’re still in business. We got bumped and bruised along the way and we are better for it,” Jon Tellier said. “We used programs like DMAP. We leveraged some of the existing resources and we paid for others. Now 12 years later, we’re in a different place. We have people who rely on us for health care and jobs. It changes your perspective a little bit.”

Michigan, Ohio and Indiana have lost more than 6,800 defense supply-chain positions in recent years—cuts spurred largely by the ending of two foreign wars and the current federal fiscal environment.